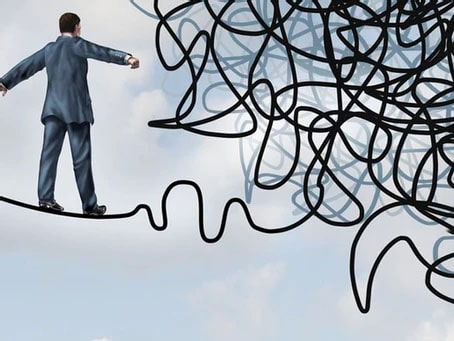 The best way to start a discussion on “complicated grief” is to start with looking at a definition of grief in general. Grief is the normal and natural reaction to any change from what is familiar in life. It is the emotional response to change. It can be defined as a feeling associated with the things we wish might have been different or better in any relationship, whether it is with a person, a pet, a job, an educational experience, or even a place of residence, just to name a few. Grief can be a result of wishing we had spent more time together or related to unmet hopes and dreams that were never realized due to the end of that relationship.

Grief can manifest itself in a variety of ways. Some people find that the confusing feelings that grief generates interfere with sleep, while others find it difficult to get up and function after waking up. Some people find that they feel sad or cry over things that never seemed to bother them before. Many find themselves longing for that relationship lost and others find, especially when they discover that friends seem to be able to offer little meaningful help, that they lose some of their ability to trust others. Some find themselves easily irritated, while others do not have the energy to feel much of anything. For some, the memories leading up to and including the moment of loss overshadow all of their fond memories of that relationship.

Simply stated, grief can be overwhelming!  Just as overwhelming can be the labels that are put on grievers and the advice that they are given.

In the 1990’s, a new term, “complicated grief,” was coined to describe prolonged grief associated with a death. The problem with this term is that all grief is complicated in one way or another. The grief each person experiences is influenced by a variety of factors. The intensity of that emotional relationship, the amount of unfinished business in that relationship, and how we try to deal with the pain of the loss are among the primary elements. Since, as we have discussed in a number of previous articles, most people have very few effective learned behavior patterns to deal with loss, it is often very difficult to deal with the impact of emotional pain. The average person tries to deal with emotional on an intellectual level. The problem is that emotions are not logical and do not really respond to intellectual reasoning.

The symptoms of “complicated grief,” according to a Mayo Clinic paper, are the same as those of “normal grief.” The defining element of complicated grief is the duration of these feelings.

The fourth edition of the Diagnostic and Statistical Manual of Mental Disorders (DSM-4), from the American Psychiatric Association, set the normal time for grieving at two months. The DSM-5, published in 2013, changed this period to one to two years, indicating that most physicians and grief counselors felt that this time frame was more realistic. The DSM-5 also included the term “complicated grief” as a mental disorder.

The reality of things is that time, in and of itself, is not really a factor in true emotional recovery from loss. With the passage of time, we may become used to living with the pain of loss. As time goes by, most people simply learn to bury their feelings, rather than to take effective action to deal with that pain. Obviously, two years, rather than two months, gives you more time to bury and discount your feelings. If, after an arbitrary amount of time, you have persisting feelings of emotional pain and try to utilize medication to treat the “problem,” you are often just treating the symptoms of grief without actually doing anything to deal with the underlying problem.

How is “Complicated Grief” different that “Normal Grief?”

What defines complicated grief, according to Dr. Katherine Shear at Columbia University, is that it occurs in only a small percentage of grievers. For people that suffer with this problem, their other relationships tend to be very difficult and they can ultimately have other health issues. Many with this diagnosis lose a purpose for living. The diagnosis of “complicated grief” is most often reserved for those who have a family or personal history of mental health disorders.

Does labeling your grief as “complicated” help you recover?

A label alone does not make things better. It is simply, a label. Having a member of the psychiatric community assign this label to a griever may actually give them a reason to give up. Some people, when diagnosed with a mental disorder, will use this for justification as to why they cannot recover.

Grief is the normal and natural reaction to loss.

Since grief is the normal and natural reaction to loss, doesn’t it make better sense to try to take personal responsibility to take effective recovery action, rather than to allow it to control your happiness? Most grievers really want to feel better. Even if someone has suggested that you might be suffering from complicated grief that does not mean that you cannot take action to recover from the emotional pain of your loss. Do not let a label, which may or may not be accurate, keep you in misery.

The reason that people have a difficult time in recovering from the pain of emotional loss is because they do not have the tools to take action. “The Grief Recovery Handbook” is a step-by-step action plan for recovery. It starts at the beginning with what you learned in your childhood about dealing with loss and why many of these “tools” were ineffective. It then gives you “new” tools to deal with the unfinished business in that relationship lost. It offers you the opportunity to safely deal with those things that make remembering painful. It will allow you to be able to enjoy your memories and share them with others, rather than finding them overwhelming.

The first loss with which I dealt, using these tools, occurred some 25 years before. This is obviously over that 2 month to 2 year period for “normal grief” to persist. In actuality, I did not realize how much that loss was still impacting my life. I had become used to living with that pain. Once I took effective action with the Grief Recovery Method, I found a whole new level of happiness. As I have taken more action with other relationships, I have found that I now can truly enjoy my memories, rather than being overwhelmed by my losses.

I encourage you to do this as well. Do not let grief define you! Do not let a label define you! By taking action, those lost relationships that once cast a pall over you can once again warm your heart.

Amanda Lambros
Amanda Lambros
We are a unique organisation operated by passionate people helping individuals to understand and move on from grief.

You are unauthorized to view this page. Username Password Remember Me  …
Read More
Health & FitnessDepression

You are unauthorized to view this page.
Read More 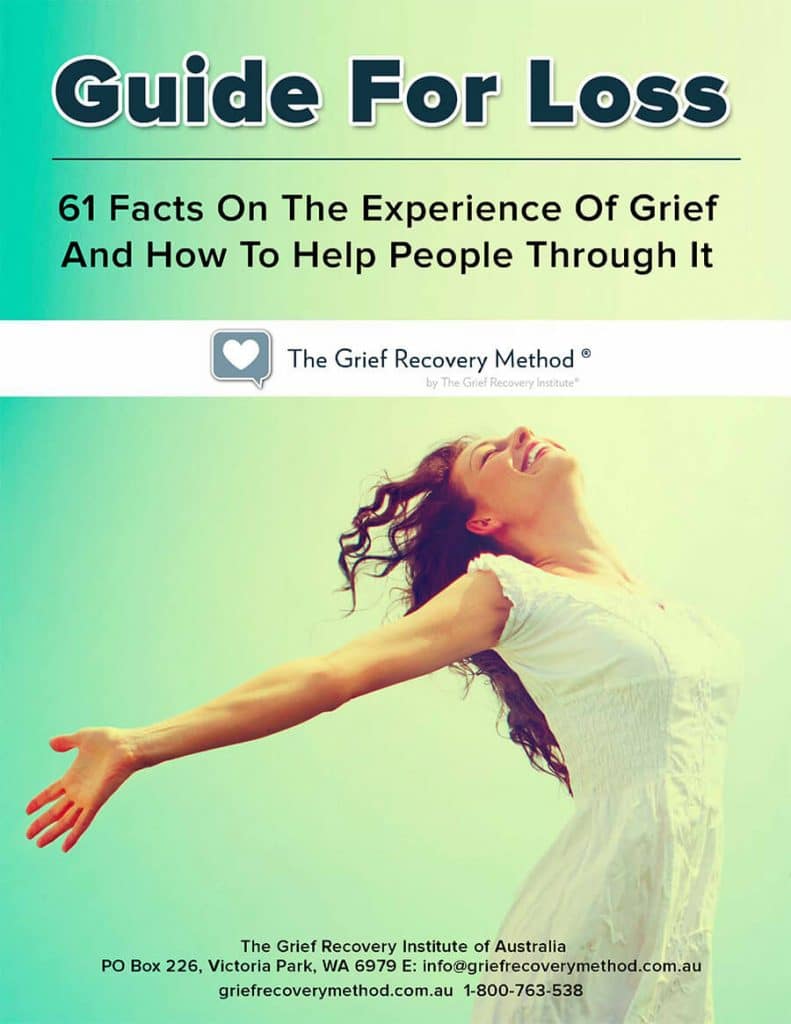 Ebook – Exploring How Others Try to Define Grief 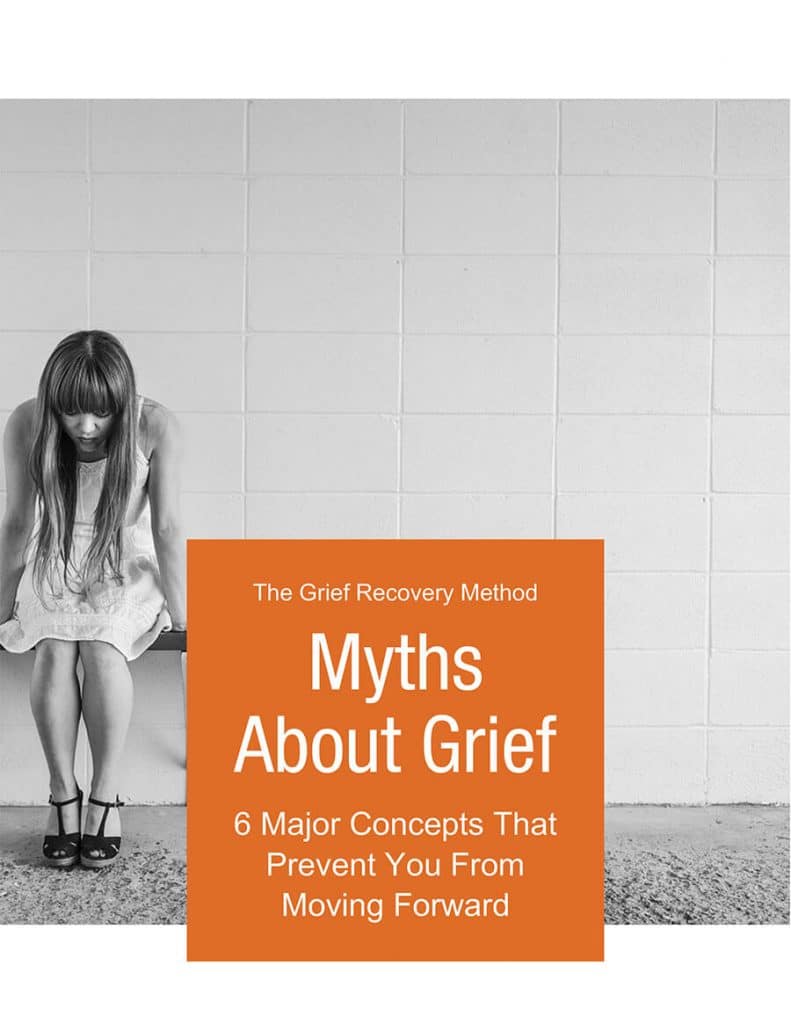 Take Action To Heal From Grief